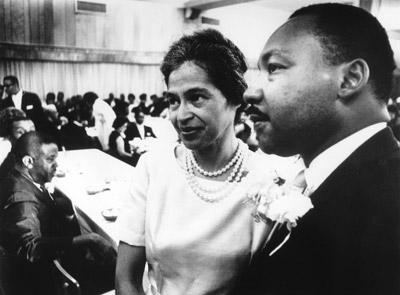 Read up on Rosa Parks' Biography 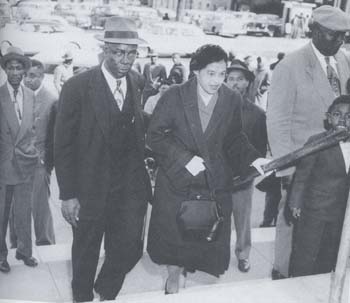 See Rosa's contributions in a timeline 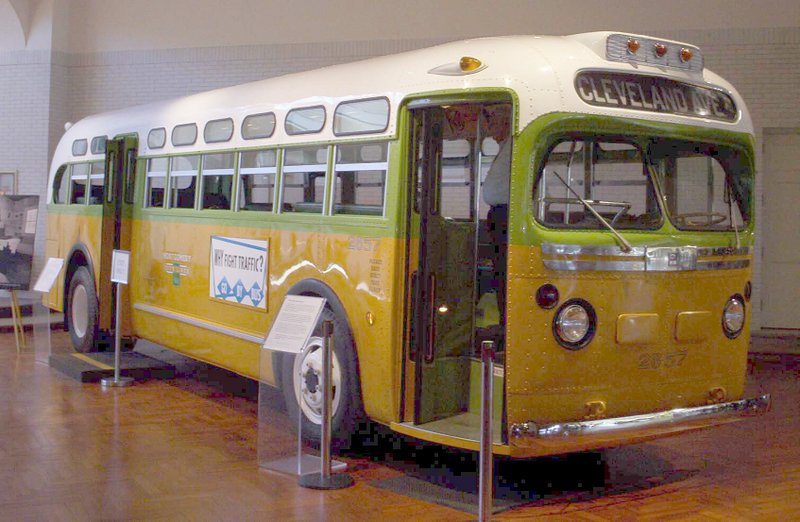 Learn about the organization of the Montgomery Bus Boycott

Rosa Parks was a devout Christian

Quote: "I would like to be known as a person who is concerned about freedom and equality and justice and prosperity for all people." -- Rosa Parks (See more quotes)

Many historians date one of the major sparks of the American civil rights movement to a single event that took place on December 1, 1955. While 80% of bus riders in Montgomery, Alabama were African American, half of the seats were reserved for white people. If there were not enough seats for white passengers, African Americans were forced to move to the back or stand. This separateness was the rule in every facet of life in the South, but perhaps nowhere was it more pronounced than in the bus system. It’s fitting that it was on a bus that a movement which would transform America would be born.

Rosa Parks has become one of the most iconic figures in modern American history, but she didn’t intend to change the world on that day. She had simply had a firm belief in maintaining her dignity, and would not be treated differently because of the color of her skin. Her Christ-like character and “quiet strength” stood firm as her resolve to “do what is right” opened the doors for African Americans in the USA and throughout the world. When the bus driver demanded that she give up her seat, she refused and was arrested. On the day of her trial, local African American leaders organized a boycott of the bus system that lasted until the Supreme Court ended bus segregation. After this victory, the Civil Rights Movement went on to challenge laws that prevented African Americans from being treated like equal citizens. Read more about the Montgomery Bus Boycott.

Here are a few Rosa Parks facts you may not know:

Read more about Rosa's involvement in the Civil Rights Movement .

Because of her important role in the Civil Rights Movement, a lot of Rosa Parks information has been published across a myriad of media. Rosa was born in Tuskegee, Alabama in 1913. Some of her earliest memories were of KKK marches down her street and the acts of arson they committed in African American neighborhoods. After the bus boycott, she struggled to find work until she was hired by Congressman John Conyers. She served as his secretary until her retirement in 1988. Though she wrote books and did speaking engagements, she donated most of her money to civil rights causes and never became wealthy. Read about her early years, which shaped her character.

If you’re planning to do a book report about Rosa Parks, check out these great books:

Listen to the inspirational song by The Nodd, called Long Ride Home!

“Our song ‘Long Ride Home’, if she will have it, is a bit of a love letter to Mrs. Parks. as well as a love letter to equality and unity in general. It tries to echo a small piece of the quiet and steady grace of the woman and her simple but strong example. I have written many songs of which I am proud, but ‘Long Ride Home’ is one of those that I like to call ‘epitaph songs’, with a sentiment or idea that I would leave this world with when it is my time. We are proud of many of our songs, but ‘Long Ride Home’ is one that people seem to connect with very much, which is what keeps me singing. I hope you also feel a connection with it.” – Dug from The Nodd (Douglas Gillin)