After her arrest, Rosa Parks became a major proponent of the Civil Rights Movement. However, this caused her many problems and trials. As a result of her arrest, she was fired from her job at the Montgomery Fair department store. To add to the turmoil, her husband left his job voluntarily after his employer informed him that he was not to discuss his wife or her legal troubles.

As Rosa traveled and spoke extensively about her passion for the Civil Rights Movement, it became increasingly hard for her to find work. Lack of available employment, combined with tension between her and Martin Luther King Jr. and other members of the Civil Rights Movement in Montgomery, led Rosa and her husband to leave Alabama in 1957. They would eventually settle in Hampton, Virginia where Rosa found employment at the Hampton Institute.

Later that year, they would move again, this time to Detroit, Michigan to be near Rosa’s brother, Sylvester. Once in Michigan, Rosa worked as a seamstress until she was hired by U.S. Representative John Conyers in 1965. She held the position of receptionist and secretary until 1988, when she retired due to failing health. After her retirement, Rosa was actively involved in Planned Parenthood.

# Attacked in Her Home

In August of 1994, Rosa Parks was alone in her apartment when an African American drug addict named Joseph Skipper broke in and attacked her. Skipper did not know, when he first broke in, whose home he was in. Only after getting a good look at her did he realize who she was. He even asked her if he was right. Still, he continued on with his plan to rob her and, on his way out the door, he struck her in the face. He was arrested and sentenced to a prison term of 8 to 15 years for breaking and entering into Rosa’s house and other local homes. 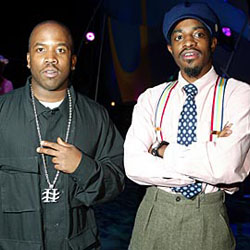 In March of 1999, a prominent hip-hop duo named Outkast recorded a song that they named “Rosa Parks”. It quickly became the best-selling single off of the album Aquemini. Rosa, and her attorneys, took issue with the chorus of the song, saying it was disrespectful to Rosa. The lyrics for the chorus said, “Ah ha, hush that fuss/Everybody move to the back of the bus…” Parks’ attorneys filed a suit in Federal court alleging that Outkast had used Rosa Parks’ name illegally and without permission. Unfortunately the court did not agree and the case was dismissed. In August of 2000, Parks hired famed attorney Johnnie Cochran to appeal the decision made by the U.S. District Court. The decision was upheld and more appeals were filed by her caretakers and attorneys, but a stop was finally put to it by Parks’ niece who stated that Parks’ caretakers and attorneys were only pursuing the legal action for their own financial gain and that her aunt would not want trivial proceedings such as this to deter the rise to success of young black youth.

Rosa never lost her desire to see equality for all men and women. In one of her final interviews she said,

“I do the very best I can to look upon life with optimism and hope and looking forward to a better day, but I don’t think there is anything such as complete happiness. It pains me that there is still a lot of Klan activity and racism. I think when you say you’re happy, you have everything that you need and everything that you want, and nothing more to wish for. I haven’t reached that stage yet.”