# What Role did Rosa Parks play on Civil Rights?

After leaving the Maxwell Air Force Base, Rosa Parks took a job working for a couple named Clifford and Virginia Durr. The Durr’s were a well to do white couple who were also politically liberal. After becoming fast friends with Rosa, they sponsored her attendance at the Highlander Folk School in the summer of 1955. The school was a center set up to educate the black community about racial equality and the rights of workers. 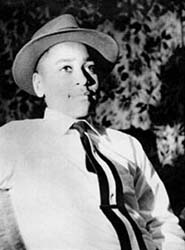 Rosa, like many other African-Americans, was deeply disturbed by the murder of Emmett Till, a 14-year-old black male. He was murdered by white men who believed that he had flirted with a white woman. Coincidentally, this murder occurred only four days before Rosa’s imminent arrest on the bus. Undoubtedly, the murder was in the back of her mind as she staged her rebellion that day.

After arriving back in Montgomery, Rosa took a job at the Montgomery Fair Department Store. Rosa rode the bus each day to and from work. In the South, public buses were still segregated. This meant that the first four rows of the buses were reserved only for whites. The “colored” sections were at the very back of the bus. The sections were marked by moveable signs that the driver was free to move at any time to accommodate more or less white people. If whites boarded the bus and there was no room, blacks were forced to move, stand or leave the bus. They were not allowed to sit directly across the aisle from a white person. Blacks were forced to board the bus from the back to avoid walking past a white person on the front of the bus. At times, a black person would pay the driver and walk to the back of the bus, but the bus would depart before they could get to the door, leaving them standing on the roadside.

Several challenges to the segregation laws had been made and failed. The most notorious of these was the case of Claudette Colvin, a 15-year-old girl in Montgomery, Alabama. Claudette had, nine months prior to Parks’ arrest, been arrested for the same crime. She had failed to relinquish her seat to a white man. She stated that she should not have to move because forcing her to move was violating her constitutional rights. It was later discovered that Colvin was actively involved in the NAACP’s Youth Council and Rosa Parks served as an advisor to that association. Colvin later turned out to be pregnant and it was decided by E.D. Nixon that she would not be in ideal poster-child to be the center of a civil rights uprising as her unwed pregnancy would demoralize the cause.

Many in the black community, especially Rosa Parks, had complained for many years that this situation, along with other segregation issues, was wrong. Parks had her first of many confrontations with the bus drivers in 1943 when, because it was raining, she boarded the bus through the front door. The bus driver forced her to depart the bus and reenter through the rear door. As she was leaving the bus through the front door, she dropped her purse. She bent down to pick it up and, in the process, half sat in a seat reserved only for white folk. By this time, the driver was in a fit of rage and Rosa barely made it off of the bus before the driver took off up the road. Rosa was left to walk, in the rain, five miles home from where the bus dropped her off. 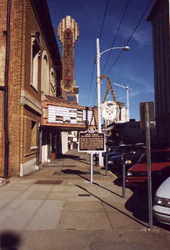 The final straw came December 1st, 1955 as Rosa rode the bus home from her job at the Montgomery Fair Department Store. Rosa boarded the bus, paid her fare, and sat down in the first row behind the seats reserved for the whites. This was in the eleventh row and almost in the middle of the bus. Coincidentally, the same bus driver who had thrown her off of the bus 13 years earlier (James F. Blake) was driving the bus that day. The bus made its way along its route and the seats reserved for whites only began to fill up. When all of the seats were full, and there were still three whites standing the bus driver moved toward the back of the bus and demanded that four black people relinquish their seats to the white people.

One crucial and often misinterpereted fact about this incident is that Mrs. Parks was in fact sitting in the first row of the section reserved for blacks.

In her autobiography, Rosa told how, when the driver was issuing his demands, she just wanted to protect herself and her rights. The three black men near her moved, but Rosa just scooted over towards the window seat. The bus driver then asked her why she did not get up and move and she told him that she did not feel that she should have to.

“People always say that I didn’t give up my seat because I was tired, but that isn’t true. I was not tired physically, or no more tired than I usually was at the end of a working day. I was not old, although some people have an image of me as being old then. I was forty-two. No, the only tired I was, was tired of giving in. I knew someone had to take the first step and I made up my mind not to move. Our mistreatment was just not right, and I was tired of it.”

The bus driver then proceeded to call the police, who subsequently arrested Rosa. It is important to note here that in 1900, the city of Montgomery, Alabama had passed a city ordinance that allowed drivers to segregate their passengers by race. If necessary, they could assign specific seats. The law, however, stated that no passengers were to be forced to give up a seat or stand should the bus become too crowded. The passage of time, and increased prejudices had allowed that part of the law to become lax and drivers were now in the habit of forcing blacks to move, stand or depart the bus if a white person needed a seat.

Rosa was arrested for taking her stand. The police charged her with violating the part of the Montgomery City code that dealt with segregation law, even though she had not technically violated the law. The ironic part of her arrest was that as the officer was taking her away she asked him why the police would take part in such wrong behavior. His answer amazed her when he said, “I don’t know, but the law’s the law, and you’re under arrest.” Parks states in her autobiography that, as she rode away in the police car, she determined that this would be the last time she would suffer humiliation of this kind.

“I did not want to be mistreated, I did not want to be deprived of a seat that I had paid for. It was just time... there was opportunity for me to take a stand to express the way I felt about being treated in that manner. I had not planned to get arrested. I had plenty to do without having to end up in jail. But when I had to face that decision, I didn’t hesitate to do so because I felt that we had endured that too long. The more we gave in, the more we complied with that kind of treatment, the more oppressive it became.” (Quote from a 1992 interview with National Public Radio’s Lynn Neary)